Case study and development of tools

The relative positioning is evaluated in a case study of cartographic mashups; the natural protected areas as thematic data are fully or partly represented by the geometry elements on a base map, and the data are structured in RDF according to predefined ontologies. We developed a series of tools for realizing the approach, including a data creation tool, a data assembly server and a data visualization client. The below figure shows the generated areas by relative positioning. They are six natural protected areas in Västernorrland County, Sweden. 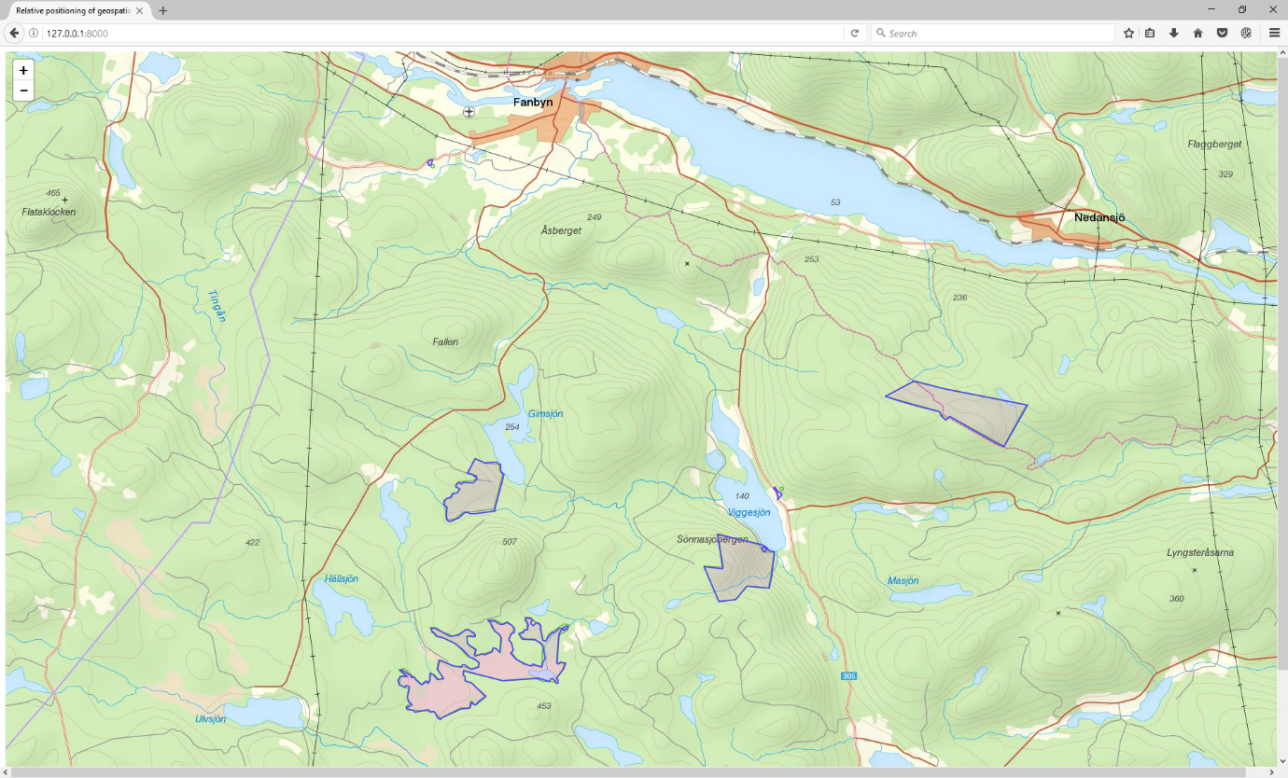